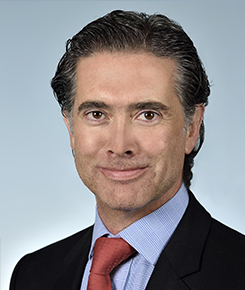 Juan Pablo is President and CEO for “Armour Secure Insurance & Escrow” before known as “Fidelity National Title de Mexico” a wholly owned subsidiary of Fidelity National Financial (NYSE: FNF). Prior to joining Fidelity, he was Executive Director for “Stewart Title Guaranty de Mexico” for 6 years, starting its Mexican branch in 2001. He has been credited with helping to bring title insurance into the commercial mainstream in Mexico during his tenure in the Real Estate Industry over the last 10 years. Juan Pablo, has participated in the due diligence and assurance of more than $15 billion dollars across Mexico with a deep knowledge and understanding of every market sector (resort & residential, industrial, commercial and office). His clients include Fortune 500 companies and many of the world´s largest lenders, developers and law firms.

Prior to entering the Real Estate Industry, Juan Pablo worked as a securities broker and Financial Advisor in various executive positions on “Wall Street “where he obtained his series 7 exam with an above average grade and the honor to be a “floor trader” in the already extinct Mexican Stock Exchange trading floor. He received a master’s degree in Real estate from Universidad Politécnica de Madrid / ITAM.

He received his undergraduate degree in Business from Newport University, his studies also included courses at Harvard University and Universidad Anahuac. He actively participates in the Mexico chapter of the “Urban Land Institute”, is a full member of ICSC and regularly attends a variety of other Real-Estate Associations in Mexico and the United States either as a guest or speaker.

Armour’s Senior Management has wide experience in the insurance industry.

Armour's senior team has more than 100 years of management responsibility .